STORE Capital is a proud sponsor of five LPGA Tour Professionals. The STORE Team includes Stacy Lewis, Lauren Stephenson, Fatima Fernandez Cano, Brooke Matthews and Sarah Schmelzel. The partnership debuted at the US Women’s Open on June 2-5, 2022 at Pine Needles Lodge & Golf Club (Southern Pines, NC). Through this sponsorship, STORE is able to support incredibly talented athletes as they compete in LPGA tournaments that benefit the communities they are held in. 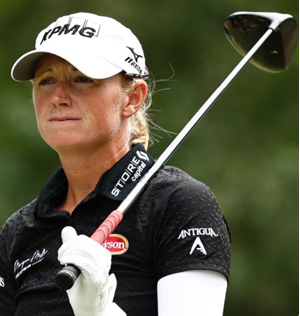 With 13 career LPGA wins, over 100 career top-10s, 4 Solheim Cup appearances, the title of Team USA Solheim Cup Assistant Captain in 2021 and Captain in 2023, and a T4 finish at the 2016 Rio Olympics, Stacy already has one of the most prolific careers in LPGA history. Yet, she refuses to take her foot off the gas, and continues to work each day to improve her game and contend for championships each and every week. 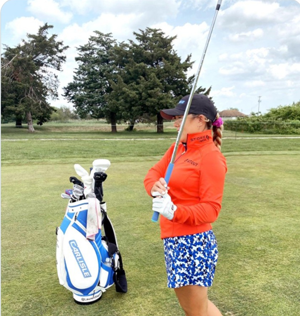 Lauren Stephenson truly embodies the “all-American” girl. She was one of the top-10 national recruits as she graduated high school in Lexington, SC, and earned the AJGA’s first-team Rolex All-American status. As a junior in high school, she won the AJGA Junior Girls Championship. She began her collegiate career at Clemson University, where she became the first Clemson female golfer to play in the NCAA Tournament. She was then named to the All-Region team after finishing fifth during the Shoal Creek Regional. 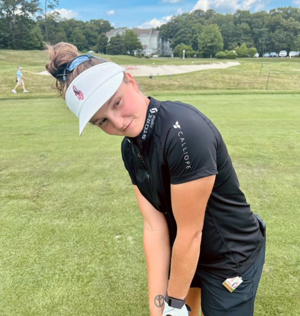 Fátima Fernández Cano grew up in Santiago, Spain near the country’s northwestern coast. Although golf resources were limited in the small town, Fati fell in love with the game when she was only four years old and earned her first win six years later at the 2005 Galicia Championships.

Fati came to the United States to play collegiate golf at Troy University and was shortly thereafter named the Sun Belt Conference Freshman of the Year. She later finished her junior year as the fifth-ranked player in the NCAA and was named the 2016 Sun Belt Conference Golfer of the Year. With countless opportunities, fierce support and a decorated college resume, Fati began to see herself with a future in professional golf for the first time. 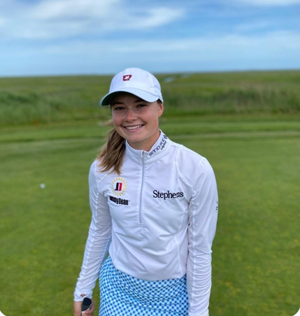 Born and raised in Rogers, Arkansas, Brooke Matthews spent her childhood dreaming about one day attending the state school in her backyard. After being introduced to the game of golf at 12 years old, she quickly fell in love with the game and began entering junior golf tournaments to hone her skills. Her drive, natural athleticism, and impressive junior golf resume landed her on the University of Arkansas’ radar, and she joined their prestigious golf program in 2017. 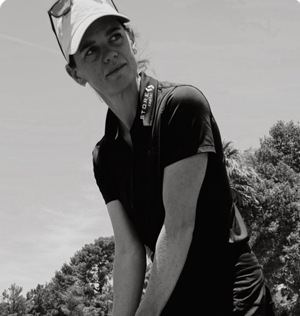 Sarah Schmelzel is an Arizona native and played collegiate golf at the University of South Carolina. She earned her LPGA Tour card for 2019 via the Epson Tour. She has collected 8 top-20 LPGA Tour finishes over the past year.

This website uses cookies to improve your experience while you navigate through the website. Out of these cookies, the cookies that are categorized as necessary are stored on your browser as they are essential for the working of basic functionalities of the website. We also use third-party cookies that help us analyze and understand how you use this website. These cookies will be stored in your browser only with your consent. You also have the option to opt-out of these cookies. But opting out of some of these cookies may have an effect on your browsing experience.
Necessary Always Enabled
Necessary cookies are absolutely essential for the website to function properly. This category only includes cookies that ensures basic functionalities and security features of the website. These cookies do not store any personal information.
Non-necessary
Any cookies that may not be particularly necessary for the website to function and is used specifically to collect user personal data via analytics, ads, other embedded contents are termed as non-necessary cookies. It is mandatory to procure user consent prior to running these cookies on your website.
SAVE & ACCEPT