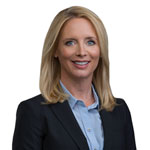 The Stevie received by Ms. Fedewa was in the Business Services category for companies with 11 to 2,500 employees. There were more than 1,500 nominees worldwide. The Stevie Award is one of the world’s most coveted business prizes and has been conferred annually since 2002 for achievement in business to organizations and individuals in more than 60 nations.

Ms. Fedewa was promoted to Chief Operating Officer at STORE Capital earlier this year, and continues to serve on the company’s Board of Directors. One of the company’s founders in May 2011, she leads STORE’s acquisitions team in cultivating opportunities in new and existing markets. Recently, she also assumed leadership of the company’s servicing function, which encompasses portfolio management and information technology, along with guiding staffing and organizational structures within the credit and closing areas.

Christopher H. Volk, President and Chief Executive Officer of STORE Capital, stated, “On behalf of our Board, employees and stockholders of our company, we are thrilled to congratulate Mary on her Stevie Award. It is well-deserved recognition for more than 20 years of experience in a broad range of financial services and her highly successful efforts in developing STORE’s marketplace presence.”

Do Not Sell My Personal Information

Exercise your consumer rights by contacting us below

Turning this off will opt you out of personalized advertisements delivered from Google on this website.